There's a dark moon in the clouds

Misty fog in the swamp

Crickets chirpin' outside my window

The water it thumps in the bathroom sink down the hall

The wind is howling, the dogs are growling way deep in the pines

A passin' car on the distant road, the only thing running

Nightmares in my sleep, the Sandman is coming

I see the ghost in the red cloak, the shadows are taking shape

The sound of a faint voice, lost and full of hate

Dry leaves crumble under the feet of the reaper

The limbs tap on my window, like the nails of a creature

Tales of goblins and fairies, a sacrifice on the prairie

A murderer that escaped, I'm disillusioned and weary

Lightning strikes on the hill, illuminating the cabin

The old man on the porch, evil and quietly laughing

I'm an angel and they all want me

Cigarette buds, and oil stains on the dying grass

The smell of the liquor, rising up from the broken glass

The crowds of black leather, the heat from the engines

The cracklin' paint, the old shack with the swingin' light

Ozzy and Black Sabbath, the vinyl is skippin'

From the fight in the kitchen

Smoke fills up the sky, gasoline on the trash heap

The mattress is burnin', I hear it poppin' and snapping

The rain soaked teddy bear, so heavy I can't lift it

The flask for the moonshine, I watch as they all sip it

The Halloween pumpkin candle, lit with a Pentagram

The Grandfather clock, with a broken minute hand

Surrounded by thieves, killers, thugs and some junkies

I throw on my leather jacket, a collection of biker patches

One of them says savage, the other one Black Sabbath

Bullet shells in my yard, loaded gun on the shelf

Run the roads like a wolf, through the whole Bible Belt

Rattlesnake skin boots, toes up on the chopper

Fifty Harleys behind me, they all ready to slaughter

Spit, cuss, and I yell, it's like a one-sided quarter

'Cause I'm only heads up, no matter which way you flip it

No brake lights in my life, I'm either rich or evicted

Committed to my convictions, committed crimes with the quitters

Connected to my religion, the religion of sinners

Send a prayer to God, exhaling smoke off the meth pipe

Like puddles reflecting the ripples echo to next life

A seed that fell off that poisonous and forgotten flower

Became my own nightmare, but now I think it's charming 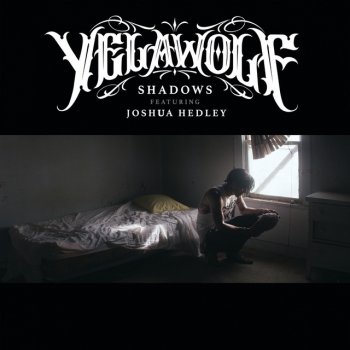