Pa's just got a lot of things to do

Doesn't matter, I don't want Pa to skin me alive like he's gonna do to you if he finds out

Pa said not to bother him, and if he's not gonna be home, how can I bother him?

It'd be better if you just forget about it

Well I'm going to do it, and I'm gonna take Jack with me, 'cause Pa didn't say anything to him

Way down this country road and I holler

Where they make that moon shine still

There's an old man on the porch on a shack

And the shack is where he lives

Round the town they call him Paul

It's Paul from on the hill

And every time Paul does slay a hog

You can hear that hoggy squeal

I'm from the valley of the bible belt

Where they can't find no woman, no man, no cousin, no friend without a gun

Alabama that is my home

Fucking trailer park has got my heart

Off in the hood, I make home when I play in the woods after dark

You won't find me sober much

Always got a bottle of Jacky O

I take my sips, I talk my shit

And I fight anybody that wants to go

Tall and slim, walk with a limp

'Cause my nuts are oversized

Fuck your dope and your alcohol

Because your shit is overpriced

Hit the bootleg for twenty-four before I'm 21 (mathematics)

Going to jail 'cause I'm drunk at Piggly-Wiggly (dagnabbit)

'Cause I be here and I do my time

'Cause I can't make bail on minimum wage

Nothing to do in the country but get

Drunk and watch that pendulum sway

Back in the saddle again

Throw my middle finger up to the law

I ain't gotta rob nobody tonight

Did some pills but I want more

Fuck this world, fuck this town

If you want some of this rock'n'roll

Take this pipe, suck this rock

Clean 'em up, grab a mop

Catfish on my shit, fuck with me you gonna get dropped

You don't want it with me motherfucker

And then make you follow a boat full of drinking water

And sing to you lullabies

While I sip on nas under umbrellas.

Got a propeller sharp enough to eat through a two footed

Root of a tree, if it's onto me then it's cool like it's moving

So why do you think I fucking hate it

When I get up in the morning I think about

With everything I did for the culture

Immediately media will follow me to the end of the river

While the people around my body deliver rhythms and syllables, relevant to my scripture

I'm a sick son of a bitch, do you get the picture?

My fucking name is Catfish, really though 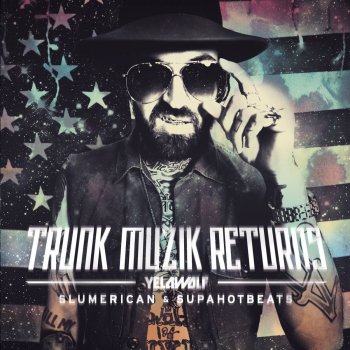