This is Bones Owens to my right, right here

To my left DJ Klever

My name is Yelawolf

This is Trial By Fire

Mamma peeled the paint off the wall, screamin'

They rushed her to the hospital in that old Chevy truck

Running 90 miles an hour down them back roads

Blowing past the sheriff, hid in the woods,

Smoke bellowing off the engine

They rushed her to the emergency room

Barely made it to the bed

A few minutes later I was screaming for my first breath

A little devil the doctor said

He's got that look in his eye, ya know?

Reminds me of mischief

Yeah this ones gonna be trouble I can tell it

And then the lights went

Then mamma said doctor something's burning,I can smell it

You could hear lightning for miles around

And oak trees hitting the ground

Quietly clutching her bible, sitting in a rocking chair,smoking a cigarette

As the sirens passing by

And Mr. Williams brought a mean batch of that moonshine to the wake

You know one comes and one goes as they say

And they laid a flower on the grave

Buried on December 29th for robbing a bank

And killed by the police, see you in the next life old friend

Little did he know, his old friend was back again

As the son of Sheila Diane

You know how the story goes

See me, I'm a curious soul

A stray bullet to some a chatter and whisper at night and the head of a following storm, a rebel at heart,a devilish grin

A leader of men, a preacher at ten

I was already in to spiritual sin

Back in the saddle again

12s in the back of the trunk, making it rattle again

Giving them nothing but punk

Living, the baby, the babie's got powers, the baby is haunted

Fuck a church, I'm a confession

Came from the wrong side of the tracks

Bring me the? outta the back

With these alley way cats

Seen what these others can't see

My poetry is a reflection of? up from the bottom

And climbing that fucking tree, but I brought a chainsaw

I come to build a house up out of it, chopping

Limbs off this culture, and putting soliders up inside of it

Limbs, brick, mortar, board up the windows

For the tornado, I'm a fatal blow to these honorable foes

Bag up the hot potato 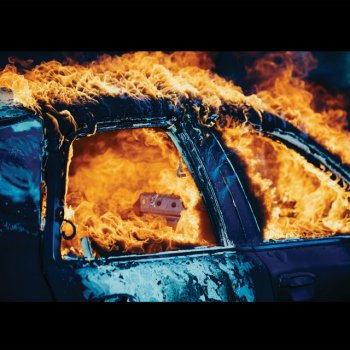