It's no playing for you doll, keep your head up!

I just come to the city, young niggas still witty

So this summer it's gonna be a killing.

Plus I got the feeling some pussy ass rappers gonna try to play me,

And the record label might not try to pay me.

I think I'm a spazz out, spazz out!

I just talked to my homie, said he ain't assed out

He got a chopper, and I know he's about to spazz out.

Let me put it... broke the grass out,

I'm going green on them hoes my block a cash cow

These niggers still talking ignas I'm a crash out!

A brand new beamer, a brand new phone and nigga crashed out

And if I had to shoot a nigga, I'm just gon bail out,

Kck up my feet, watch bet and kush my self out

I never said a lot, labels say I held out

Cause I'm made 80k/week don't give a hell about!

The realest nigga walking my shows gon sell out

I think I'm a spazz out, spazz out!

And this that cocaine muzik forget I'm about to lose it,

Mac 19 extended clips niggas gon make me use it

I'm a beat that pussy up bitch, I'll throw my balls in...

Hold on, stop the beat, cut me up

Make sure niggas hear me clearly

This is my appectance speech!

I'm the gangsta of the year

Thanks the soda, thanks the kitchen

Thanks the... that show me love

Thanks the trap before I leave the stage, I must salute the plug

Thank the streets, thank every nigga that ever doubted me...

Look at me balling now, right where I'm supposed to be,

Feds won't trap a nigga, hit me with conspiracy

Fuck it, do your job then

Broke, I'm a rob then

I need organized crime, we're a mob, then!

This shit is real life, so I'm a put my heart in!

Gangsta of the year

Realest nigga of all time 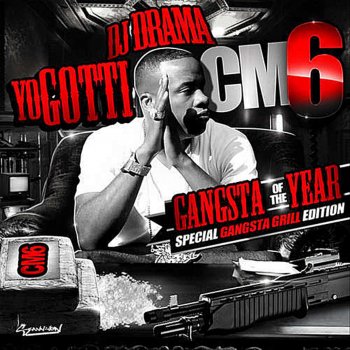 Yo Gotti: i testi più cercati