My criteria compared to your career just isn't fair

Through the pencil, I leak on the sheet of the tablet in my mind

'Cause I don't write shit, 'cause I ain't got time

'Cause my seconds, minutes, hours go to the almighty dollar

And the almighty power of that ch-cha-cha-chopper

Got the Maserati dancing on the bridge, pussy poppin'

You can't catch him, you can't stop him

I go by them goon rules

If you can't beat 'em then you pop 'em

You can't man 'em then you mop 'em

You can't stand 'em then you drop 'em

You pop 'em 'cause we pop 'em like Orville Redenbacher

A million here a million there

Sicilian bitch with long hair, with coke in her derriere

I open the Lamborghini, hopin' them crackers see me

He's a beast, he's a dog, he's a mothafuckin' problem

Okay, you're a goon, but what's a goon to a goblin?

Call me what you want, bitch

Call me on my Sidekick!

Never answer when it's private

Damn, I hate a shy bitch

Don't you hate a shy bitch?

Yeah, I ate a shy bitch

She ain't shy no more

She changed her name to My Bitch

So when she ask for the money when you through

It ain't trickin' if you got it

But you like a bitch with no ass, you ain't got shit

And I'm okay, but my watch sick

And my knot thick, I'm it

Who that said they gon' beat Lil Wayne?

My name ain't Bic, but I keep that flame, man

Who that one that do that, boy?

You knew that, true that, swallow

And I be the shit, now you got loose bowels

And I'd rather be pushin' flowers

Than to be in the pen sharin' showers

Tony told us this world was ours

And the Bible told us every girl was sour

Don't play in her garden and don't smell her flower

Boy, I got so many bitches, like I'm Mike Lowrey

Even Gwen Stefani said she couldn't doubt me

Motherfucker, I say, life ain't shit without me

Chrome lips pokin' out the coupe, look like it's poutin'

Bitch, I can turn a crack rock into a mountain, dare me

Don't you compare me

'Cause there ain't nobody near me

They don't see me but they hear me

They don't feel me, but they fear me

Testo A Milli powered by Musixmatch 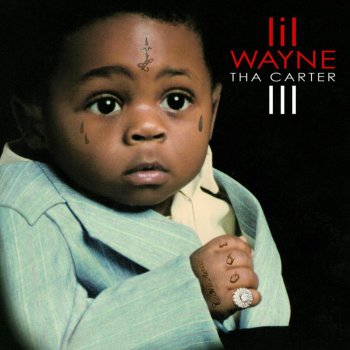 You know I love to touch ya lovely lady lumps