Me Against the World testo

Guarda il video Me Against the World

Traduzione Me Against the World

It's just me against the world, baby

I got nothing to lose

Stuck in the game

Me against the world, baby

Can you picture my prophecy?

Stress in the city, the cops on top of me

The projects is full of bullets, the bodies is dropping

There ain't no stopping me

Addicted to killing and the appeal from the cap peeling

Without feeling, but will they last or be blasted?

Maybe he'll listen in his casket -- the aftermath

I′m losing my homies in a hurry

They're relocating to the cemetery

The question is will I live? No one in the world loves me

Put one in the chamber whenever I'm feeling this anger

Don't wanna make excuses, cause this is how it is, what′s the use?

Unless we′re shooting no one notices the youth

It's just me against the world baby

Could somebody help me? I′m out here all by myself

I guess them nightmares as a child

Had me scared, but left me prepared for a while

Is there another route? For a crooked Outlaw

Veteran, a villain, a young thug, who one day shall fall

Cause ain′t no bucks to stack up, my nuts is backed up

I′m bout to act up, go load the Mac up, now watch me klacka

Tried making fat cuts, but yo it ain't working

And Evil′s lurking, I can see him smirking

When I gets to perving, so what?

Go put some work in, and make my mail, making sales

With all this extra stressing

The question I wonder is after death, after my last breath

When will I finally get to rest through this suppression?

And those that possess, steal from the ones without possessions

The message I stress: to make it stop study your lessons

Don′t settle for less - even the genius asks his questions

Be grateful for blessings

Don't ever change, keep your essence

The power is in the people and politics we address

Always do your best, don't let the pressure make you panic

And when you get stranded, and things don′t go the way you planned it

Dreaming of riches, in a position of making a difference

If I'm insane, it′s the fame made a brother change

I know it seem hard sometimes but uhh

Through every dark night, there′s a bright day after that

So no matter how hard it get, stick your chest out

Keep your head up, and handle it

Testo Me Against the World powered by Musixmatch

Traduzione Me Against the World 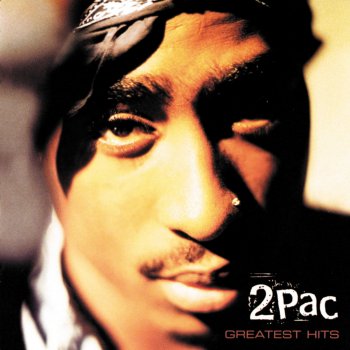