I got a head, but ain′t no screws in it

Roll up and get swoll up

How ya gonna play me like a sunkin' dunkin′ donut?

I ain't came a long way to get checked

So give me respect when I get wreck or

Get your motherfuckers chimp check

Once again, it's your friend outta Oakland

Hoping I rock the shit to get ya open

Say your looking for some real shit

Then catch a funkdified batch

Tupac is on the big screen strivin′

Gotta love a nigga for survivin'

I wear a lot of old schools jewels

Look how the fools? Ooh

Stop lookin′ at me hard 'cause your buffer

Better duck ′cause I'll be poundin' them motherfuckers

They wanna throw their hands up, that′s tight

Hit ′em with my eight. Never had shit left, right

Then hit 'em with the uppercut. Duck quick

Shit outta luck. Fucked and stuck with that rough shit

Do you hear me though?

Give a holla to my niggas in the pen

And my murderous partners with their Mac 10s

I represent the real ′cause I'm ill, G

Glock cocked and then they kill me

I got a head, but ain′t no screws in it

I got a head, but ain't no screws in it

Peace to Redman, Tretch, Vin Rock, K-G the great one

And the Special motherfucker, Ed Lover, the Tribe, A Tribe Called Quest, and

Raw Fusion, all in house confusion

Wickeder than most men: Spice1 and Pooh Man

TLC, Eric B rockin, then Scarface

Young Guns in the house pumpin′ the flava

DJ Ditch for their behavior

Off the head, my freestyle flow

Just a couple of motherfuckers that I know

I got a head, but ain't no screws in it

Damn, who did I forget?

But ain't no screws in it

Daddy was a soldier

Strong in the struggle

Must contend so it's on

Raised in a house full of bad motherfuckers

Never had, so we grab from the stacked motherfuckers

Now they know me, the homies

Pulled up in a Benz, snatch

The wheel as I peel out, catch a cop′s tail

Rock shells hit, raise a fist so they know to make a hit

Can I flip it? I may get wicked as I rip it

Huh. To get specific: If the shoe fits, then kick it

It′s for the gifted, pump your fist if you with it

Now they wanna maim me (told ya)

All I wanted to be was a soldier 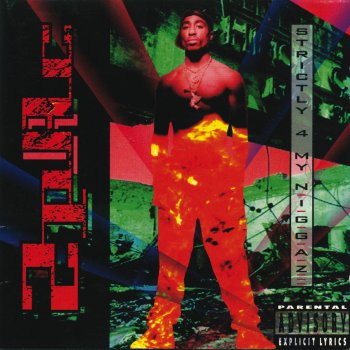 I won't deny it, I'm a straight ridah