I got some new shit for y′all tonight

And he kick it with these niggas named Mobb Deep

And they kick it with some niggas named Bad Boy

And anybody else down with that clique

Y'all don't feel us (bitch)

Can you picture my specific plan?

To be the man in this wicked land, underhanded hits are planned

These scams are plotted over grams and rocks

We all die in the end, so revenge we swore

I was all about my ends, fuck friends and foes

Me, a born leader, never leave the block without my heater

Got me a dog and named her "my bitch nigga eater"

What could they do to me, you lil′ brat? (shit)

How can I show you how I feel inside?

Niggas talk a lot of shit, but that's after I′m gone

'Cause they fear me in the physical form

Let it be known I'm troublesome

All you niggas die (troublesome)

My niggas die, we guerrilla in this criminal war, we all rebels

Death before dishonor, bet I bomb on ′em first

Niggas knew we came for murder, pullin′ up in a hearse

Westside was the war cry, bustin' off freely

When the, "Fuck all y′all niggas!" in Swahili

Pistol packin', fresh out of jail, I ain′t goin' back

Release me to the care of my heartless strap

Bet I roll on yo′ ass, like an avalanche

A sole survivor, learned to get high and pull drive-bys

Picture me lettin′ this chump survive

Ran up on his ass, when I dumped he died

All you niggas die (troublesome)

Since my last rhyme, the crime rate ain′t decline

Dead at 13 ′cause he yearned to bang

Sent a lot of flowers, but how could I cry?

Need to stop the gang bangin', "Either stop or die."

Mercy is for the weak, when I speak I scream

Lord, forgive me ′cause it's wrong, but I plan to die

Did the best I could, raised in insanity

Or send me to Hell, I ain′t beggin' for my life

All you niggas die 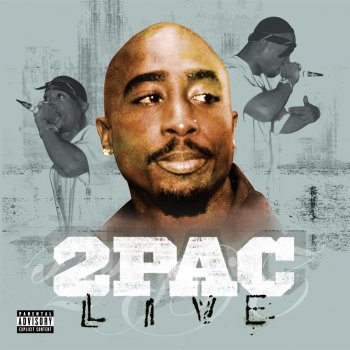