I′m sittin' at a coffee table, unable to see straight

Behind the rain-streaked windowpane, the scene's bleak

Conceding defeat with a low moan

Hangin′ in A sky, made of stone

To come meet me in the twilight zone

Leave your mobile phone at home and come alone

I bought him coffee and a snack,

He was tweakin' with the peak of his cap

Not cover my mistakes,

Try to maybe make sense of the evidence

It′s over, she's gone for good

Why should I lie, singin' a killer′s lullaby

Identified by the dying ring of her goodbye

The last thing you hear before your life disappear

Now it just gets worse, like my stomach ′ll burst,

With seven centuries of bitter memories

And inadequacies, previous he′s and she's

I′m movin' round this old house for the last time

Scene of my past crimes, been here for lifetimes

Hearin′ the chimes of the old clock that used to mock

You got eternity for takin' stock,

Trust me, nothing ever moves but the dust,

There's just us and I′m here to torment and tease

And that′s how it was for centuries

Me and my memories, till you brought the keys

Took the couple of Saturdays

I moved in runnin' from tragedies and boozing

And the sheer frustration was more than I could bear

I was really cursed, thought I'd been through the worst part

That was just the first part, just the start

Every night I′d be sittin' with dread pickin′ my heart

In case the man she'd been chasin' gets to first base

An′ I just can′t escape, I'm in bad shape

Scream and yell, sinkin′ deeper into my personal hell

I'm getting heated, I′m sorry, have another coffee

Unless an escape route is found,

Into lifetimes of pain, it′s absurd

The heaviest chain is contained is the sound of one word

So I'm referred back to hell, huh

Just as well, I hate needles an' get twinges at the thought

I dream and watch her makin′ love over and over again

With what I call a farmer's swain

Jesus, what's he going make her do next?

I′m mad vex, the way she gently scratches his chest

Pity me, while you lie with your lover

I stare and suffer in despair while you ruffle his hair

Unaware of who else is there

I move quick, I want to try my trick one last time

You know it's possible to vaguely define my outline

When dust move in the sunshine

So I'm tryin′ to change, vibrate myself to near-human pitch

Which reminds me how I used to come unstitched

And switch ′round the house in a blind rage

And write another stage into a new age,

It's difficult to gauge

But I know that I′ll see you again, on that you may depend

I just don't know how or when

Sleep on, my lost love on gone

Knowing I′m prone to dramatize but unknown for telling lies

And what I verbalize he can see behind my eyes

The why oh why's that identify killer lullabies

No surprise couldn′t hear that 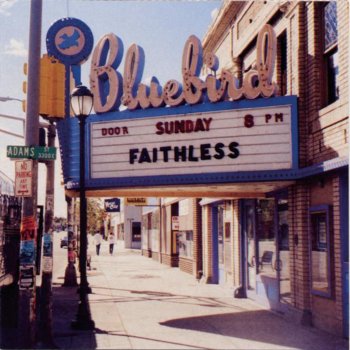 The rhythm won't lie to you