It took me all day to find some inspiration

It just hit me like a ton of bricks no renovation

Problem with the game now, there ain't no innovation

I see my shit all in your shit, we call that imitation

And they say that's flattering but I ain't flattered at all

Matter fact y'all need to practice that more

See my man Nate, ask me if I gain weight, I said nah

My pockets got fatter, that's all

Money was an issue but now that that's solved, I ball, I ball

And dog, my shows be off the handle

Bet it all black, and pray I quadruple my salary

If I win maybe then I can pay Sallie Mae

Told her I be dealing with some real life shit

She be asking when, bitch, when I feel like it

Got a hundred fifty bitches in the club staring at me

How that feel? Very happy

These lil niggas is trash go and get the Febreeze

One soldier's all that's left is fatigues

How the fuck you gon step in my league

Played out, phoney nigga probably only got arrested for weed

And out here talking that dime shit

Not gon cut it like some scissors on my lawn shit

Grown cause I own shit

This is what you won't get

Game so cold, bring the blizzard to the Palms

If y'all ain't bowing

Claim you a monster but y'all ain't growling

Claim you a beast, why y'all ain't howling?

'Bout as sweet as a jumper on the gay Ray Allen

I guess it's why they pay homage

Alone in my zone, tell me don't it sound stunning

Been fucked the world but she just now cummin'

If I ever fell off I would hit the ground runnin'

I ain't never been the one for fourth down puntin'

So I lock pick just to lock shit back

I want Money, Power, Respect since the Lox said that

Better stay up on your toes, this is not tic tac

Yet, I'm a breath of fresh air, you can place your bets here

Ballin' like a Laker you should pray for next year

Cause I'm repeating and I'm 3-peatin'

The label heat seekin', nigga ain't sign me, what the fuck was he thinkin'

They say I killed the game, that was only pre-season

If money talks, mine telling your's "be seated"

Cut my leg off I wouldn't be defeated

Illest nigga in the game bitch and you can retweet it

Email the shit make sure you CC it

For these fuck niggas who don't wanna believe it

I be in the airport damn near bare foot

Security hollin' out, Cole we need it

Getting high as fuck and I don't even be weeded

No point drinkin' I can't even be faded

You ain't no fucking G boy, your style G-Rated

Hatred is flattery I'm glad to be hated

Fuckin' bad bitches that would rather be dated

Carolina niggas just happy he made it

My money was running late now, now it's happy belated 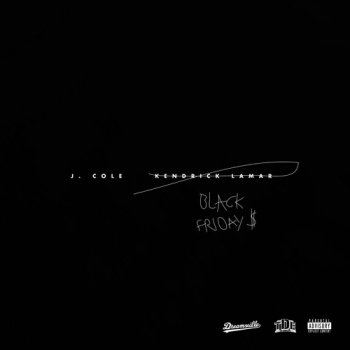