Well, my daddy left home when I was three

And he didn′t leave much to ma and me

Just this ole guitar and an empty bottle of booze.

Now I don't blame him ′cause he run and hid

Was before he left he went and named me Sue.

Well, he musta thought that it was quite a joke

An' it got a lot of laughs from lots a folks

Seems I had to fight my whole life through.

I roamed from town to town to hid my shame.

I'd search the honky-tonks and bars

And kill that man that gave me that awful name.

Well, it was Gattensburg in mid-July

And I′d just hit town and my throat was dry

I thought I'd stop and have myself a brew.

In and old saloon on a street of mud

There at a table dealin′ stud

Sat the dirty, mangy dog that named me Sue.

Well I knew that snake was my own sweet dad

From a worn out picture that my mother had

& I knew that scar on his cheek & his evil eye.

He was big and bent and grey and old

And I looked at him and my blood ran cold, and I said

Yeah that's what I told him.

And he went down but to my surprise

Come up with a knife a cut off a piece o' my ear.

I busted a chair right across his teeth

Kickin′ and a gougin′ in the the mud and the blood and the beer.

But I really can′t remember when

He went for his gun but I pulled mine first

He stood there lookin' at me and I saw him smile.

And I know I wouldn′t be there to help you along.

So I gave that name and I said goodbye

And it's that name that helped to make you strong.

Now you just fought one hell of a fight

And I know you hate me and ya got the right

To kill me now and I wouldn′t blame you if you do.

But you oughtta thank me before I die

′Cause I'm the son of a bitch that named you Sue."

Well I got all choked up and threw down my gun

Called him a pa and he called me a son

And I come away with a different point of view.

I think about him now and then

And if I ever have a son

I think I′m gonna name him

Bill or George anything but Sue!

I still hate that name! 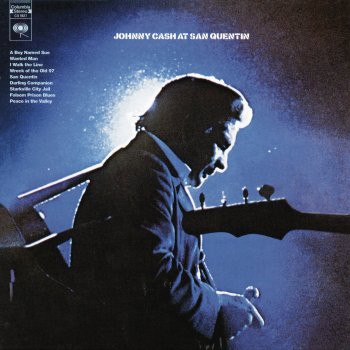