Come along and ride this train

Come along and ride this rain

Come along and ride this train

Then came the stagecoach with people and supplies moving across country

Today, carrying on that tradition is the modern mover of America

The man behind the wheel, the truck driver

Well, I pulled out of Pittsburgh rolling down that eastern sea board

There's a speed zone ahead, well alright! I don′t see a car in sight

Well, my rig's a little old but that don′t mean she′s slow

My home town is coming in sight, if you think I'm happy you′re right

18 tires checked and singing on the pavement

Five thousand miles to cover, three weeks away from home

And it's work, mister, it demands the best

If you're a gear jammer, you know there ain′t no easy runs

I was sittin′ in the terminal waitin' for my load

When a greenhorn driver came in, off the road

I heard him tell that foreman get my little pink slip

This run is too tough and I′m gonna quit

Now, the foreman that day happened to be old Joe

Man, he was older than time

He said, "Son, how long you been driving this rig?"

"You know, I've drove all shapes, forms, fashions and kinds"

"And here you are worried about this one little trip"

"Why, I′ve drove a million miles and then some"

He looked that greenhorn right in the eye and he said

"Boy, there ain't no easy runs"

Wilson, Associates got all that driving done

And I tell you, boy, there ain't no easy runs

Said, "If you got a gal in Texas, they'll send you up to Maine

And if you got a gal in New York, they′ll send you out on the plains"

"I know what your problem is, you got woman trouble, son"

And I tell you, boy, there ain′t no easy run

Cooper, Detroit, Jones and American, too

Yunham, Buckingham got all that driving done

And I tell you, boys, there ain′t no easy run

Skill, Skags got all the driving done

And I tell you, boys, there ain′t no easy run

Like the Pony Express rider, the stagecoach driver and the wagon master of old

No matter what the weather, no matter where the road

He′s the man that delivers the goods

Remember it's very likely that it was a trucker

That brought you your food, clothers and your bed

Well, my ocean is four lanes wide, my waves are mountain high

I live on luck for I drive a truck, I'm a sailor on a concrete sea

So, here′s to the unsung hero, though he don′t make history

From coast to coast, let's drink a toast

Take it easy truckers, there ain′t no easy run 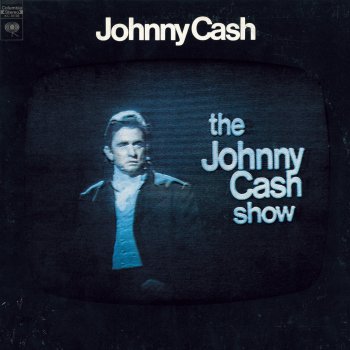