Show Me What You Got testo

Guarda il video Show Me What You Got

Limp Bizkit's in the house so bring it on

For makin' my dreams come true for the millenium

Then get the fuck up!

Where you at Jacksonville

Where you at Providence, Nashville, Memphis, Lauderdale

I left my heart in Austin with Mary Campbell

Got lost in Boston lookin′ for the tea party

Met a child molester in Worchester

I get silly when I play in Philly

Never know what I'm in for when I′m playin' Denver

In Cincinnati the girls call me daddy

And spit on a boy named Tina in Pasadena

We get the swing from New Orleans

Fort Worth and Dallas, we toast when we′re tippin' up the Challis

So somebody, anybody, everybody, get the fuck up!

I can't help but believe in these friends

These bands, these stories and the places that I′ve been

I thank God, mom and dad

Adriana for the love I feel inside

Without the fans there wouldn't be no show

And if that was really so than life would really blow

To the firm, you always got my back

Korn for the love and the swappin′ up of tracks

If you can't sing it then nobody can

Wu-Tang Clan, skills from the Method

The world′s best MC kills on this record

Staind, a brand new drug for your brain

And all of the bands for the demos that were cool

I'm so grateful for this life of mine

The ones I didn′t thank, I will some other time

Now I just want somebody, anybody, everybody to get the fuck up!

And show me what you got

I′ve been around this world and then some

Dum ditty dum kid, where you comin' from?

I went from the garage to steppin' on these stages

An MC with bad habits I am, I see a mic then I grab it

Comin' raw with no corrections, savin′ all perfections

For what I do with my erections so dream on

Testo Show Me What You Got powered by Musixmatch

Show Me What You Got è tratto dall'Album Significant Other (Explicit) 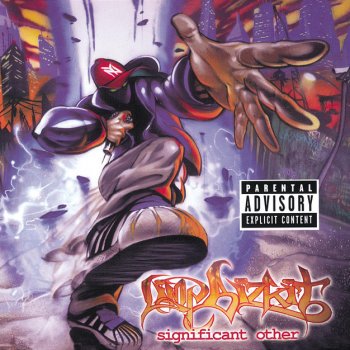 The Angels over me have seen me cry in agony