She hugs and kisses, loves attention

You know how she gets down

That's why she (shake that, shake that)

Shake that baby (go 'head shake that, shake that)

Shake that baby (sh-sh-she's got to have it)

Baby got the Gucci on the frames, Fendi on the shoulder

She hang around the rappers, she kick it with the rollers

She addicted to the light, you would swear she was the solar

System on bang while she dipping in the Rover

Car pull right behind her, parking at the diner

Strutting down the aisle, everybody stopped to eye her

Simple old me, tried to pimp it on she

But damn she ain't having that

She wanna see my crib on TV with a couple Humvees

A couple weeks passed, I had stopped to get gas

Heard a voice to my left, she was talking real fast

High-pitched was her tone, smiled at me then she asked

"Ain't you in that one group?"

I looked at her and laughed, hit the gas!

Everything that they used to do, was cold as fuck

All I had was my dreams of, blowing up

Couldn't really do shit so I, soaked it up

Played my part, seen girls hate on me like it was an art

I tried to play it smart

Why the baby hair have niggas always throw they heart

Everywhere that I go

They throw the "got dough?" at me

They used to call me nappy

Now they bring they homegirls, hoping they can tag me

On some take one, get the other free shit

Let me cook for you, let me spend the weekend

Falling in love with you

Let me show you everything that I love to do

I wonder how she moved in that tight ass room

Sweating out her weave and her cheap perfume

She hotter than the sun, I can be her moon

And when the night is done, my house'll be her tomb

Soon we'll go together like spinal cords and car seats

Or kind of like my words and hard beats

She whispered in my ear she's an artist

But I ain't trying to hear all that, straight to the bar please

"I ain't fucking with guys unless they drive

You ain't willing to trick? I'mma play you to the side

So if you ain't rich, might as well not even try"

Sigh... I asked the bartender for my card back

Make a nigga wanna start singing some shit like:

She think she can have what she want

But you ain't getting shit from me

Cause I ain't lying

And you wasting time

And I could give a fuck if you's a dime

Testo She powered by Musixmatch

She è tratto dall'Album The Div 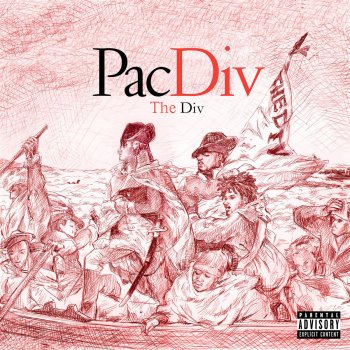 She hugs and kisses, loves attention