Show out for the girls and get your ass whipped

On some 8th grade, right in front of the class shit

You gon' try to test me but I'mma pass it

I'm a motherfuckin' genius and you in some bad shit

Step 'round a corner with my crewneck on

Hammer can't touch me, man I'm too hands on

I don't know you man, we ain't never been to school together

We ain't ever shared weed, bitches, or ate food, never!

Since I'm bagging duffles, I got ashy knuckles

Carry 'em to the bank, now I got big muscles

Man I do my thing, I got fans in Brussels

(I just got excited, man I almost farted

That's too much information, my bad, I'm sorry

We got syndication, our shit go hardest)

Not to be harsh but fuck it, your bitches look parched and busted

And I bet that you be carpet munching, that shit we spark be skunking

Pac Div, you second to who? Maaaaan, ain't nobody be checking for you

Must we remind again, must you rewind again

I'm off three Heinekens, and this shit is effortless too

I done stepped on your shoes and spit in your face

Disrespected yo bitch in your place

You still want a autograph? Gimme a break, I'm sick and disgraced

These niggas is fake, bitches is fake, man shit is just fake

I just stay to myself, I don't get in the way

Need evidence, been repping it, ever since... bitch!

We overfaded in the function and we getting started

That OG make a nerd broad get retarded

Popping up for that revenue, standing tall like I'm 7'2"

You ain't cut from that same cloth, hell nah we ain't gettin' no checks with you

No you can't get no checks with me, get these niggas from next to me

Backstage drinking up the Yac, nigga you ain't get no text from me

Shit pull up, I can pump your brakes, that's dopeboy shit we pumping base

Flex so hard my muscles ache, stack that bread then tuck the safe

If it's game day, I quarterback, that's on me, them boys is back

All I know is that fly shit, got pimp game on my boarding pass

Fuck what you talking 'bout, I be making G's

Posted up in the parking lot, dangling my keys

Fuck what you talking 'bout, I was overseas

Posted up, Polo down, catch me dangling my keys

If you try, you'll find I'm rhyming in some Iversons

In the ocean, riding dolphins, grab 'em by the fin

Bunch of hoes playing with my beach balls

The money in the way, I don't see y'all

Bitch I'm flyer than a seagull

Fresh as fuck, that's by default

Why you talking little homie, go and run a lap

Fuck that shit, I been ether

So you can go and do a hundred drills

It's nothing, I'mma go for me

Same shit you been told before

These some raps out the fucking baking soda drawer

Yea I spit that crack bitch 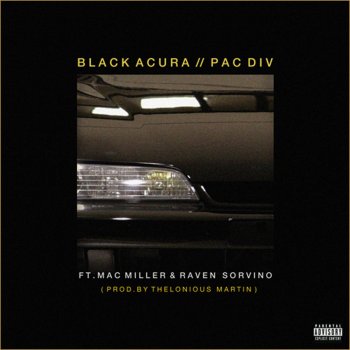 Cooler than anti freeze, damn it these rappers need a better scene