But this ain't no drama off Broadway or courtroom video game!

So let's end this

All the evidence was here all along!

All of your logic is faulty

Your plans are all a disgrace!

All of your traps are outdated

Your tricks blow up in your face!

Sad to break the illusion, but it′s true, I knew all along

You can′t fool me

Is it cruel of me to say it in song?

Forgive my lack of tact, but Wright knows little more than jack

'Cause he′s a wacky crackpot quack, exactly that, a backward hack!

In fact, in spite of what's been said, in light of Wright′s quite empty head

Finally you see you're in trouble, but all your gimmicks are broke!

Bluffs are just a distraction, and your case is clearly not strong

So let′s end this

And send Wright right back to where he belongs! 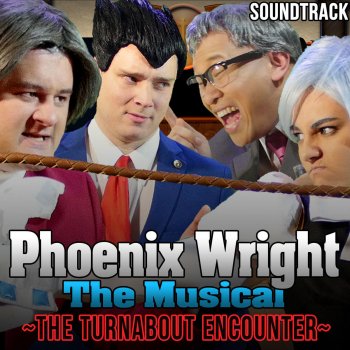 What do you know of Larry's murder?