Jack B. Nimble was nimble, and he was quick

And Alice chillin' somewhere in Wonderland

Jack's serving Jill a bucket in his hand

And Jam Master Jay′s making out our sound,

The turntables might wobble but they won′t fall down

Now Dr. Seuss and Mother Goose both did their thing

He′s the better of the best, best believe he's the baddest

Lotta guts, when he cuts, girls move their butts

His name is Jay, hear the play, he must be nuts

And on the mix, real quick and I'd like to say

It goes a one, two, three and

Everything that he touched turned to gold

He's the greatest of the great, get it straight he's great

Claim fame ′cause his name is known in every state

"God damn, that DJ made my day"

He′s a maker, a breaker and a title taker

Like the little old lady who lived in a shoe

If cuts were kids, he would be due

And if I lie, my nose will grow

And you all know how the story goes

Tricks are for kids he plays much gigs

He′s the big bad wolf and you're the three pigs

He′s the big bad wolf in your neighborhood

We're Run DMC got a beef to settle

Run's not Hansel, D′s not Gretel

Jay′s a winner, not a beginner

His pocket gets fat while others get thinner 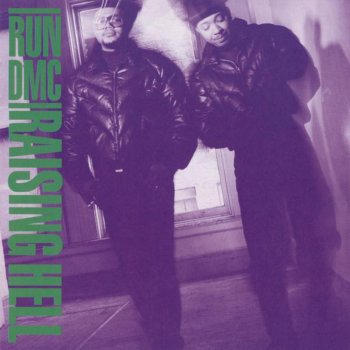 da Can I Get It, Yo: leggi il testo