He gon′ need a first-aid kit, ain't doing the waiting

This ass whooping is free, just like the Masons

Giant what I am, Attack on Titan

My dick is her cup of Joe, not talking 'bout Biden

Why they mosquito? They always be biting

Popping like vitamins with the nine right beside me

And then it′s fuck the economy ′cause "they're taxing unproperly"

Sign up here with the paper, instead, I do origami, and say, "Okay"

Wipe ya nose, we cold, what we follow? The code

I′m an animal, you see the silo

Horns on the top the head, a nigga goat

Rocket launcher, we tote, just like Starbursts, in throats

In the ghost, Danny Phantom, on bro

Know that I be picky, I eeny-meeny-miny-moe

Put that on my folks (yuh)

Put that on my folks (yuh-yuh)

We gon′ beat 'em, leave 'em purple, look like one of Barney′s toes

That′s just how it goes

And I'm pissing on ′em, these niggas my bedpan

We gon′ wax 'em, short of somethin′ like Daniel son

You outdated, your flow wrinkly like a hang dry (yuh, yuh)

Litty like a titty, drip or drown in this city (yuh, yuh)

Put that on my folks (yuh)

Put that on my folks (yuh-yuh)

Testo The Matrix powered by Musixmatch 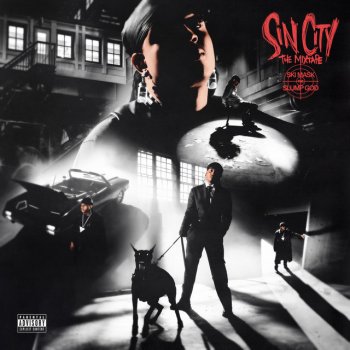 Who's this, he should be in cockpit (Uh-huh)