See these other fools but you can't see me, nigga

Who am I? (It′s Kurupt motherfucker)

Do or die (We gives a fuck motherfucker)

So slow your roll, I'm In Control like Janet

Take it for granted, if ya wanna, cuz I′m gonna

Grab my strap then clear the corner, beeotch!!

Wave your motherfuckin hands in the air

And if you don′t give a shit

Wave your motherfuckin fingers in the air

Now on a one, two, three who could it be

Comin with a group of gangsta shit for ninety-three

So ninety-four′s arrived nigga, back on up

And let me and my Dogg Kurupt fuck shit up

Now can't nobody see me here or there

Wherever I bails, I put it down on the ground

Cuz ain′t shit for sale in the Coupe

With the beat flossin off gold D's

And my cousin Snoop packs well, you know what I mean

And it don′t take much, for the Dogg Pound to bust a cap

In your ass, for gettin us all fucked up

Now check it, it's a callin for niggaz like Doggs

Who supposed to be the shit, but steadily bitchin like hogs

Stay full of that gin and juice and have a ball

Now how many bitches must get dick?

Before they say, that Daz is that nigga from back in the day

Ya never ever thought I'd see him bustin with Dr. Dre

Cuz I grips mics, I rips mics in half

You′re headed my way, nigga you best to hit a U-turn quick

So what's happenin? I′m cappin shit up like a Western flick

The kinpin of the clique, top notch

I smoke chronic everyday, so what have we

Now who, drops (ruff rhymes) I got full Juice like 2Pac

(Plus I'm) rollin with two Glocks

Hellraisin like Pinhead, beware I′m tearin shit the fuck up

Who′s jokin? Rakim never joked, so why should I loc?

They can't fuck with or see me I′m mass murderin

{Smokin indo, look out my window I suppose} Yeah

(Bring your whole set and get your hood lynched)

{Drop to your knees like a dog in heat}

Peep the murderous styles and the poetical techiques

Check it out, it's Rage, ready for the breakdown

Take down, when it comes to the mic I′m puttin my weight down

Beatin yo' ass down to the concrete

I′m stranded on Death Row with no where to go, so

What's a girl to do

Take out a crew, or two, a few, what you wanna do?

Throw your guns in the motherfuckin air, we don′t care

About nuthin at all, just my Doggs and clockin the grip bitch

Niggaz don′t give a fuck nigga

That's why I can kick it so tuff, cuz when times get ruff, my

The clique i′m with, don′t give a sheeit, ya know why?

Real niggaz don't give a fuck

Testo For All My N****z & Bitches (feat. Tha Dogg Pound & Lady of Rage) powered by Musixmatch 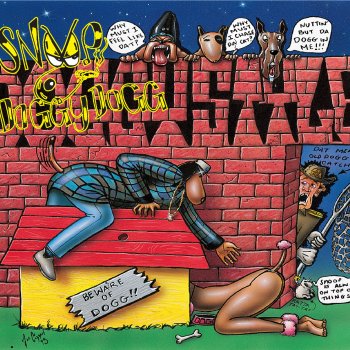