Talk, Holiday Styles, S-P or whatever you choose

A pound of weed, four guns and a liter of booze

Shoot niggas out they shoes,

Come and fuck with me, I can guarantee you′ll be makin the news

P flows like NO NIGGA, twenty-six but I'm a old nigga

Don′t make me fuck around and show niggas

How to leave a room flat, twenty niggas dead

No money, no jewels, bullets in they head

Ain't a nigga you know could fuck with the god

Come through in the prettiest Porshe, the grittiest boss

State gotta talk till the city get hoarse

I'm the icin on the cake, gangsta of the state

Guns, money and weight, who you fuckin wit dawg?

On the low dawg, no phone calls, got my shit wired

I′m just dealin with the tension and stress

I keep the P-89 twenty shot in the coat

Better squeeze soon as you see me, you plottin to loc

I′m a little more than itchy

Motherfucker, when it's time to splatter your mask or burst your kidneys

So go head and get your sons on me

Get down and dirty, all by my lonely

I leave your brains on your block all around your homies

Live by the code of honor, stay holdin armor

I treat beef like a album I could promote the drama

I'm the hustler on the block

With money on his mind and some bricks in his hand, P can′t be stopped, what

You're dealin with the ghost of the past

You could sleep if you want, and get fucked with this toast in your ass

I′m the gangsta and a gentleman, I hope you the best

Throw the gun to the chair try to open your chest

Get blood on the driver's face, window and dash

Burn the car with the body in it, bring you the ash

Need weed to calm down, need money to live life

Fuck a watch cause my time is tickin

Robbin niggas is my only form of steady payment

Play it sweet I might be in your house 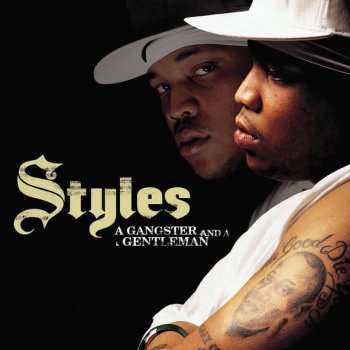