Sit in the chair, yeah, yeah

Sit my alligator jacket on the flo'

How are you my nigga?

Let's get this money, you heard?

Tryin to be a (Cowboy), you catch bullets like Terrell

Owens, call it T.O., he leakin like a project sink

Bing, it gave me time to think yeah, I did my fuckin prison thing

Came out still on point, like the RZA rings

I'm from Compton but my inkpen live in Queens

Rep the dub like Wu-Tang, and I got (Killa Bees) (respect)

You know a nigga that can score 81? Show me

And nigga you're too close, what the fuck, tryna blow me? (back up)

(Iced out) Where you be? (The strip club throwin ones)

(Big sharks) Me too (swimmin in a pile of ones)

This the face off (respect the dons, hundred thousand on the arms)

Son where you be? (Under palm trees stayin warm)

I'ma keep it (Compton) Staten ('til the day is done)

You gon' fuck around and get your head burnt

Sleep in the woods, target cats come from under the V's

Can't fuck with us convicts, Stat-land

Slammers is extra chunky, yeah, me and my red monkeys

Silverback sales are few donkeys, all of us live comfy

Chef in the game run the country

Take over the world little girl, better stay out our brunch meetin

Fuck with they paper their gun squeezin

Off top, leak from the cop, them nigga jumped, this is front season

Yo, man yo Game man

They wan' be readin our autobiographies in a minute, ya heard?

I'd be King Kong knockin down the buildings in Manhattan

Game get the blood money, fuck bitches and pop Cris'

Style like it's New Year's, cause this a new year

Look at the tracks, either Bigfoot or The Game been through here

The Benjamins won't stop, and neither would a chrome glock

I kill a fire-breathin dragon with a dome shot

Come through your hood in a Chevy Malibu, on stocks

We had a meetin before we got here, and shit gon' pop

Fitted caps gettin peeled like the chrome on the wheels

Got a half a mil', sing your wounds won't heal

Yeah, y'all know what time it is man

Many may read this man

A lot of niggaz might not make it home, you heard?

We speak for the real ones man, for the churchmen man

All them real general niggaz man

All them niggaz that's out there man

Don't get no rest or none of that man, for real

I love you, ya heard? Superman lover over here for you baby

You know how we do it, we go all over the fuckin world man

Get a lot of bread man, word up, hun'ned my nigga

We take you to Boca Chica or some'n man, knahmsayin?

With two foul rings on, y'knahmsayin?

Couple of mean Guatemalians wit us

Half Guatemala, half Somalian nigga 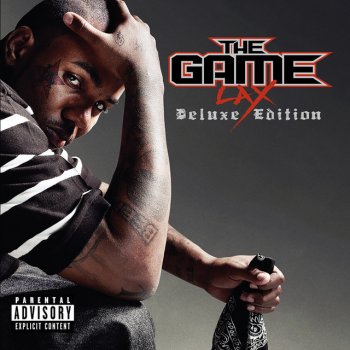 Sit in the chair, yeah, yeah