I just buried my best friend

It's fuck them G-Unit niggas whatever you claim better bang

I feel no pain as I kill y′all

40's speaking on me, you don′t know me homie

But I know Compton niggas that wanna do that for me,

Go get Curtis now, tell him Buck said fuck him

I came from the dirt, they tryna make me hurt

Look bitch you need this, here goes some energy

Yayo you know you the biggest hoe in the industry

It′s all over now, you better kill me

Yeah I been selling dope to feed my babies, feel me

So I'm a start it off by saying Happy New Year...

Let's all on the count of 3 holla Happy New Year

This year shit it′s all on me

Let's all on the count of 3 holla Happy New Year

This year shit it′s all on me

Standing in the graveyard everybody's crying

They say I′m gon′ handle it but everybody's lying

100 cars deep, we fucking up traffic

It's real life no acting

Before he could get to y'all he died on your niggas

Now Cashville is coming to NY on you niggas

The contract, bitch you took that shit beyond that

What the fuck is 50 cent is what Jigga said

Look at yourself, even now I'm diggin up the dead

Get some help, all you had left was 1 buck

You lost that and fucked up

Haha, yeah Curtis so while you watching the ball drop in New York

Well this what they listening to in the hood nigga

Yeah, Jamaica queens Brooklyn, all the boroughs round your way, we celebrating,

Rest in Peace Tick, I got you, yeah my homeboy, I think he shitted in your mansion

If I ain′t mistaken but you know my nigga tick right,

He was like fuck everything so it's fuck you nigga

Fuck all y′all, all you G-unit niggas all you bitch ass niggas over there that wanna jump on the Curtis bandwagon

We shooting over here nigga

Curtis where is your bitch ass at now nigga, it's on, let's go. 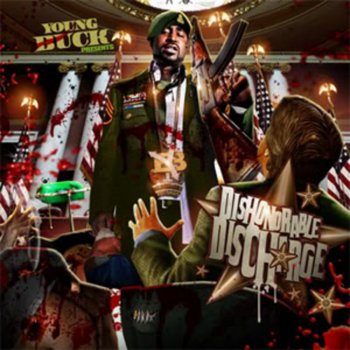 You look all around the world, it's the same shit